For 20 years, Richie worked for Big Tobacco and Small Tobacco and spent the last 15 years within the wholesale distribution industry.

Richie grew up in New York. From 1979-2000 he built and operated 11 retail enterprises; ranging from Convenience stores, Delis, Liquor and discount cigarette outlets to Cigar, Tobacco, and Smoke shops.

Before retiring with his wife to Arizona in July of 2019 he spent the last 3 years traveling throughout the Northeastern states. During this time he was visiting, and assisting hundreds of tobacco retailers. If you were building a cigar store or owned one that needed improvement; Richie was the man to get for valued advice on store layout and construction. When your Walk in Humidor was built to his specifications or you had cigar cabinets ready to fill he would make the selections and physically set up the displays himself. He also had a unique ability to transform outdated and unmaintained cigar displays into finished works of art. This service in particular created a ongoing waiting list of retailers wanting him to visit. Richie is an avid cigar smoker and lover of single malt whiskeys. He enjoys skeet, trap and target shooting, as well as car auctions. He also likes going fast in his new 2022 Mini Cooper John Cooper Works Coupe. 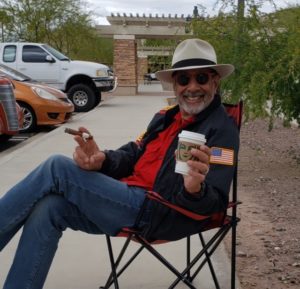 Cigar you should try

After posting on May 20th about some great brand offerings that were priced relatively affordable, many of you reached out in agreement. It’s always great to hear from our Cigar...
Read more

We are more than excited to add one what I feel is an amazing new brand on our site. Check them out and grab a five pack to try. You'll...
Read more

Check this great brand out!

One thing I can say about our great bunch of Cigar Thief smokers is they're very well informed about most of the major cigar makers and the countless offerings available...
Read more

Fun In The SUN Finally !

Now that summer has officially begun, we hope you’re all having some long awaited and well deserved fun in nicer weather. And of course, enjoying your favorite cigars outdoors in...
Read more

A lot of bang for your buck!

When I sign onto Cigar Thief each day as I’ve done for 2 years, I’m still amazed with all the new cigars coming to market. While boutique small batch companies...
Read more

HAPPY END OF WINTER!! It been a long , cold and hard one in more ways than climate. While many of our terrific shoppers have been bombarded by the elements,...
Read more

I’m sure our Cigar Thief shoppers located in many regions of America and the world where more smoker friendly temperatures exist in February are continuing to enjoy their favorite cigars...
Read more

BACK TO BASICSAs the 2022 unfolds, we all know there will be many many new cigars introduced into the marketplace. Would you believe that there have been over 100 new...
Read more

Big Thanks from the Cigar Thief!

As 2021 draws to a close, all of us at the Cigar Thief sincerely wish each and every one of you, our loyal  customers the best of everything.  Thanks once again from...
Read more

What’s wrong with my cigar??

Summertime is in full force and our great Cigar Thief customers like you are certainly catching up on smoking your favorite cigars at what seems like a frantic pace. Good...
Read more 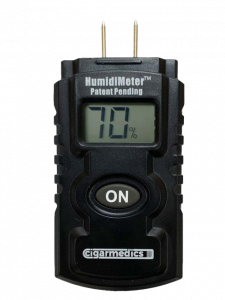 I’ve been in the industry for over 40 years and have rarely seen things that seriously get my attention. I came across this totally unique device months ago and reached...
Read more 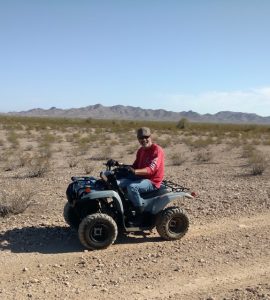 The Summer has arrived! If you’ve been following my submissions over these last 18 months, I guess you know by now a few things about me. -I’m an old guy...
Read more

As you cruise around our great site as well as reading cigar reviews and descriptions you’ll see the word “toothy” being used as a characteristic of some wrapper leaves. After...
Read more
Featured 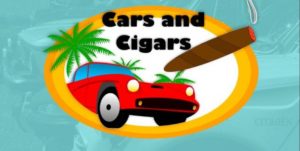 If you’ve been reading my submissions you probably know I’m an old guy. To a few, I’m may be a bit younger, but to most of you, I’m the old...
Read more 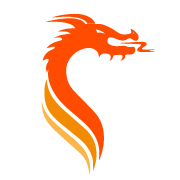 ONWARD AND UPWARDS! Last month I informed all our valued Cigar Thief shoppers about the positive additions and changes our young company would experience as 2021 proceeds. After speaking with...
Read more 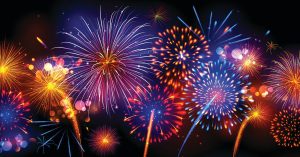 Congratulations to all of us!

We made it! And hopefully everyone of us can put last year in the rear view mirror.......FOREVER! All of us at Cigar Thief are looking forward to a new year...
Read more 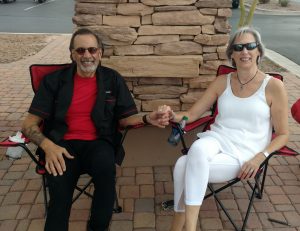 A Merry, Happy and Healthy!

Over these last months, I’ve immensely enjoyed becoming connected with so many of our website shoppers from around the country as well as in other countries! You’ve allowed me to...
Read more 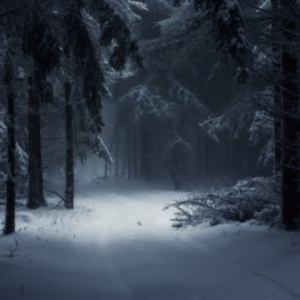 Back in April I shared some brief thoughts of what was to become a world altering event. As springtime transitioned into Summer then Fall it became starkly evident that COVID...
Read more 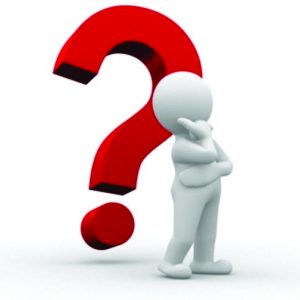 Do you guys have or can you get what I want?

As the seasons change throughout the country we, at The Cigar Thief, want to thank you for your patronage and patience. Over these last several months our small family owned...
Read more 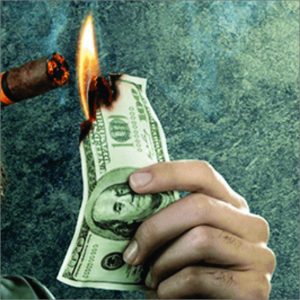 There's an old saying, "Only two things are inevitable, Death and Taxes". I kind of agree about dying, but when it comes to taxes, we've all see countless examples of...
Read more 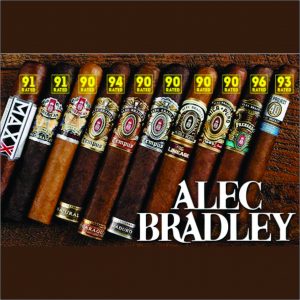 While living in New York the majority of my life I had a vast network of contacts for most every need like trusted plumbers, electricians, carpenters, handymen, masons and mechanics....
Read more 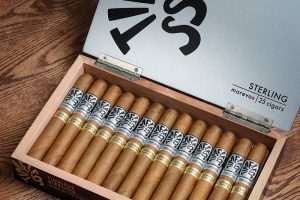 As the attached article states, Nat Sherman International will be out of business sometime next month. I have fond memories of being the company's Regional Manager of New York State...
Read more 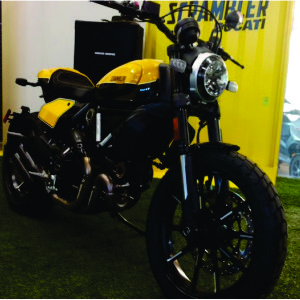 Hey wait a minute you may be saying, this is a cigar site not a motorcycle store! I guess your right. However, by this point in time, I think you've...
Read more 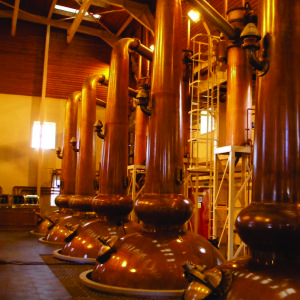 Whisky or Whiskey? But Never, Ever say “Scotch”!

Many of us that enjoy cigars undoubtedly savor a favorite Whiskey, Bourbon, Beer, Wine or other relished libation along with it. My wife Jennifer happens to be Scottish. Shortly after...
Read more 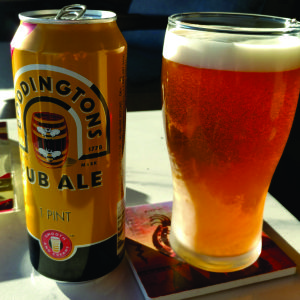 While I'm an avid fan of of single malt whiskeys, I really appreciate a great beer as well. After spending some time in the U.K. I came to appreciate the...
Read more 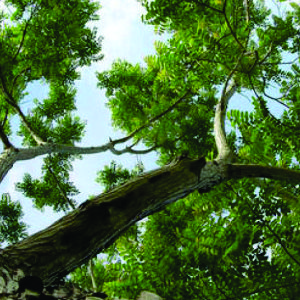 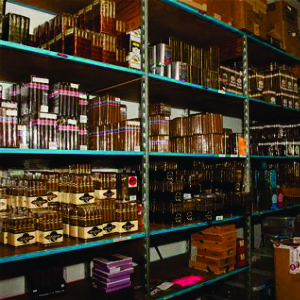 Is my cigar out of stock or discontinued?

"Is my cigar out of stock or discontinued?" Has been a good question some of our valued guests have been asking us about certain cigars offered on THE CIGAR THIEF...
Read more 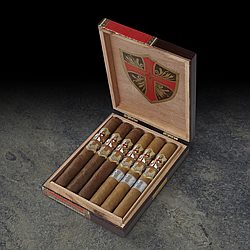 First off, on behalf of our small crew here at The Cigar Thief, thanks so much for your business! We have been humbled by your heightened interest and increasing patronage...
Read more 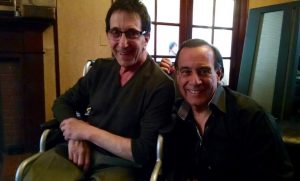 Since Cigar Thief began I've tried to pick general topics of interest to share with all our cigar loving guests. While some contributions have been based on my personal knowledge...
Read more

Who we are and why we really appreciate your business and truly thank you for it. The internet sales and mail order of premium cigars is a very, very big...
Read more 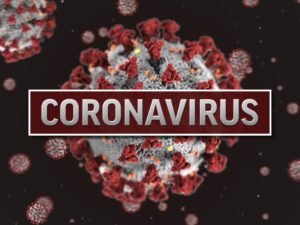 We, cigar smokers, are a unique bunch. We come from all walks of life like the rest of Americans and are bound together by the pleasure we get from cigars...
Read more 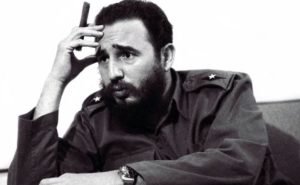 Throughout my cigar retailing career along with my travels visiting countless smoke shops, I've met so many people that have asked me the same question, "When are we going to...
Read more 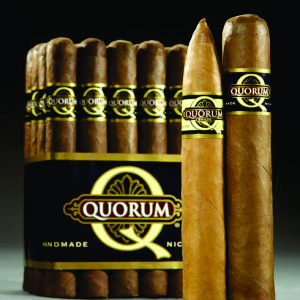 Because I'm an old guy, I remember when I was a kid seeing older men smoking cigars not from bundles. Even then, I loved the aroma. Those were the days!...
Read more 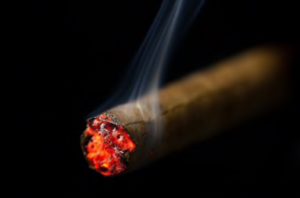 As you cruise along our great site you'll see some of my reviews; some stating that a particular cigar will gain strength and or intensity as you smoke it. I'm...
Read more 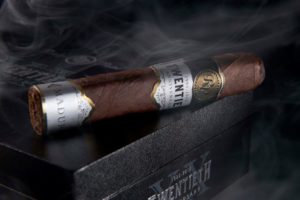 Before we get to Cigar Dinners, I have to admit something. I'm saddened to say that along with enjoying Premium Cigars, I was a cigarette smoker for most of my...
Read more 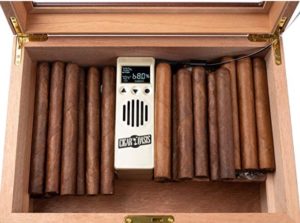 Ok, relax! As you probably know there are a zillion articles and opinions about cigar Humidors. When I was brought into the CIGAR THIEF crew I was very honest about...
Read more 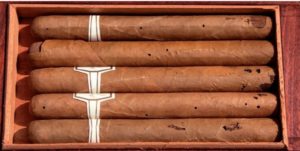 Of course all of us here at The Cigar Thief want you to purchase all of your cigars from us! But we know that every now and again you may...
Read more

Many of us have purchased a  premium cigar, sat back, clipped it and lit it up expecting an enjoyable experience. Then only to find out that whoever made it wrapped the...
Read more 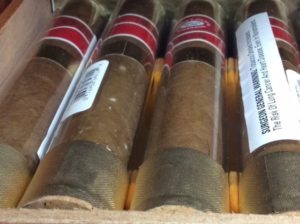 IS IT MOLD OR PLUME?

Mold is green in color not white and is caused by either over-humidification or use of regular water in their Humidification systems....
Read more
× product(s) added to cart → ×